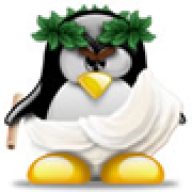 My money on my mind OR “How Gazelle almost screwed me”

by Fuzzy in News
The Pledge

As things go, my wife’s line was available to upgrade to a newer iPhone. We decided to try a new upgrade path and sell the phone through Gazelle instead of messing with eBay this time around. We have never used Gazelle before so it was a bit of a risk. Looking around on their site, they were listed with the BBB and had a rating of an A+. Seems legit, went to their site and got a quote for the iPhone 4 we were interested in selling. The price seemed a little lower than eBay but we decided it was fair enough and went forward with the sale. Gazelle sent us a box, I set the phone back END_OF_DOCUMENT_TOKEN_TO_BE_REPLACED

How I “cut the cord” from Satellite TV

by Fuzzy in News
The Problem

For years I have always wanted to do without a cable tv or satellite provider. This dream began years ago in 2003 when I found MythTV. It was able to capture over-the-air (rabbit ears) channels as well as cable channels if you had cable tv. The best part was that it could record shows and save them. It was really the first DVR besides TiVo. Even better was that I could download shows and movies online and save them to MythTV. It was so close to what I wanted, but just not quite there. This was also limited to viewing on a single TV, I couldn’t easily copy the shows to a laptop END_OF_DOCUMENT_TOKEN_TO_BE_REPLACED

After several irritated attempts to use one product/software/hack after another, I have finally found something that fits. I have tried uShare, Media Tomb, hacked up python scripts, Wine with various stuff, Amahi and fuppes. Nothing seems to serve media to the Xbox 360 without some stupid problem. Half of the serving programs out there don’t support transcoding. Others support DLNA but not the weird requirements the Xbox 360 has for folder structure. It’s completely irritating trying to find something. Finally, I’ve stumbled pretty much on accident upon Twonky Media Server. Yes, it’s $20, but END_OF_DOCUMENT_TOKEN_TO_BE_REPLACED

We’re engaged! As time goes on I’m sure we will post updates about planning, wedding stuffs and so forth. You are likely to find more information on Facebook however. So friends, please look on Facebook for details 🙂

One of the biggest annoyances with OS X is that telnet client, for some retarded reason, has a default setting to auto-login with your current username to the remote system. Finally I’ve discovered a way to disable that! Sure you can type “telnet -K host” which disables the auto-login, but I hate typing that every time. Instead, do this from a shell prompt: echo “default unset autologin” >> ~/.telnetrc

July 2008 began a very stressful time in my life. Many of you know the story. Over the last year and a half I have struggled to keep sane while looking for new jobs, pushing my resume and trying to keep things going at Cyberlink. Today I am glad to announce that I have a contract position with Omnicity Corp. After 90 days if everything goes well they will be converting me to a full-time employee. I am very grateful for this opportunity and very excited to see what is in store for me at Omnicity. Thank you to everyone who has supported me during this stressful time! You are amazing.

by Fuzzy in News

So far everything is coming together with the site. Yes, it’s stupid easy to put together something in WordPress, but I had to edit the header and the colors. That’s hard work! I mean, you have to open a text editor, edit the file, upload it… <5 minutes later> And there we are! More content will follow as time permits. Probably.